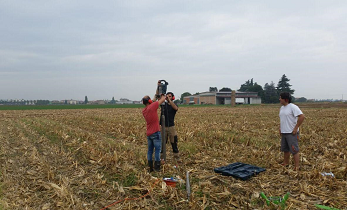 A first, ‘baseline sampling’ campaign carried out in autumn 2019, included 75 soil cores from five of the project case study sites in Austria, Czechia, Germany, Italy and Spain. This first sampling is carried out prior to applying any amendments or fertilisers.
The second campaign, within the framework of the project, will take place two years after the application of the new amendments and is expected to demonstrate the short-term effect of new organic fertilisers on the soil biogeochemical properties.
Additional soil sampling in Germany and Spain is expected to reveal the long-term impact of organic fertilisers (such as pig slurry, biogas digestate), through experiments running since 2011 and 2015, respectively.